Good morning everyone! Just had an order from Etsy!

Have a fantastic weekend! 🙂

To celebrate the great British Breakfast (and for a bit of a laugh) Felt.Buzz has designed four hair clips (which can also be used as fridge magnets). Ideal for breakfast lovers, parties, Halloween or people who like to draw attention to themselves!

They are available as a set on Etsy! 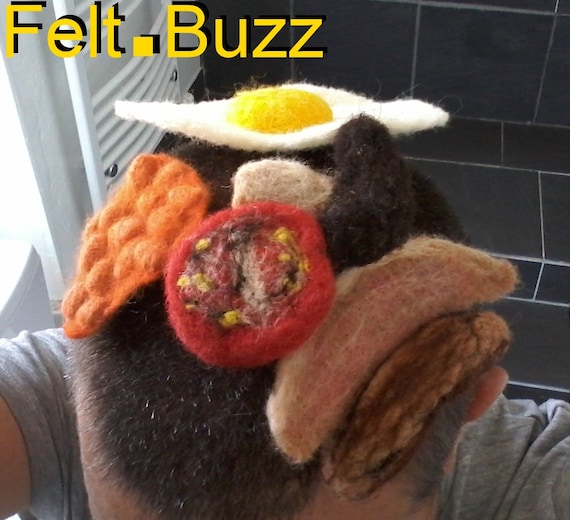 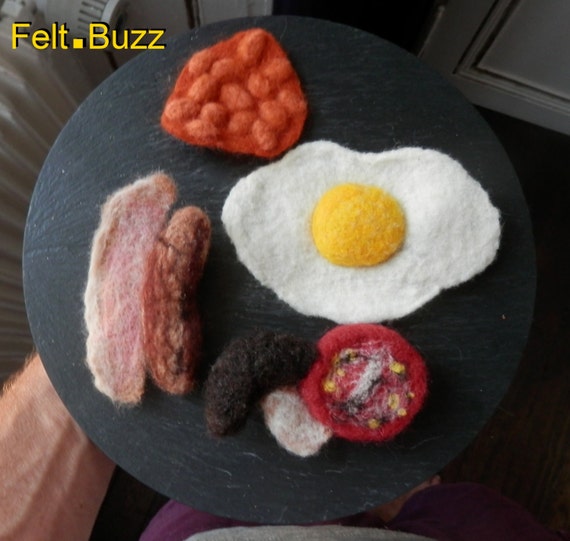 I finished this mobile a couple of days ago…

You can watch a video of the mobile here

The mobile was made to order. If you would like me to make something for you get in touch, let me know what you are looking for and I can give you a quote (as a guide the mobile featured is 70euros including worldwide shipping – it will be less for shipping to Europe).

Felt.Buzz was privileged to be asked to make some custom creations based on the cutest dog in Japan!

Felt.Buzz ‘met’ Yai on Tsu, the social networking site that pays you to network socially! Yai’s dog, Halu, the dog, is one of the most famous faces (and certainly the cutest) on Tsu, and Felt.Buzz was delighted when Yai asked if he could make a replica Halu for her.

The photos below are used with kind permission of Yayoi Shimotani

If you would like some Felt.Buzz to create something for you: get in touch!

Your personal invitation to join Tsu is right here!

Yay, the weekend is just round the corner! What are your plans for this weekend?

Good morning my lovelies! How are you this fine Thursday? I made a start on a mobile for a baby (it is featuring a rainbow and some sheep!) yesterday. I hope to get some more done later, although we are busy this morning. What are your plans?

Good morning! Mini Basil has finished his travels and is back home in France, ready to dive into his morning coffee.

There are more photos from MiniBasilsTravels which I didn’t post here, I will put them all together in a little video for you, sometime.

I have an order for a mobile featuring sheep, which I will be starting today.

What are you up to?

Morning! We are leaving the Isle of Wight today, and are off to Salisbury for lunch, and then an overnight stay at the airport. Mini Basil is packed and ready to go.

Mini Basil had a fab time at Sally and Dave’s wedding. Lovely food, people, dancing, and a private beach!